I'm the author or editor twenty books so far, some scholarly, some popular, some in between. Here are some of the more important ones.

More books are on the way. Celia Barnes and I have edited Johnson's Journey to the Western Islands and Boswell's Journal of a Tour to the Hebrides for Oxford's World's Classics; that should be out early in 2020. Later in 2020 look for The Oxford Handbook of Samuel Johnson. I'm also at work on a biography of William Henry Ireland, a book on literary biography for Harvard University Press, and A Reader's Guide to the Oxford English Dictionary for OUP. 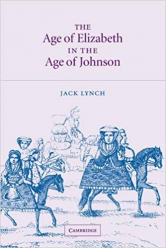 An original and major contribution to the reader's understanding of eighteenth-century cultural identity.—The New Rambler 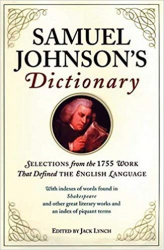 The wealth of English, along with the genius of one of its greatest writers, is on vibrant display. . . . Edited by Johnson scholar Jack Lynch, this handsome volume offers a generous and highly entertaining sampling of the original work. It's a vivid snapshot of the vocabulary and culture of two and a half centuries ago.— Michael Potemra, National Review 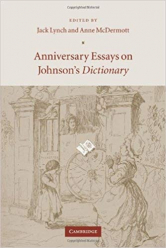 The effect of the whole is greater than the sum of its parts, for each paper offers access to a way of thinking and to a range of sources that may be new to the exclusively literary, bibliographical, or lexicographical reader. Essay after essay in this collection demonstrates that close study of the actual content and circumstances of the Dictionary tends to call into question received opinions about it.—H. J. Jackson, TLS 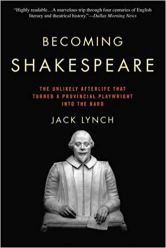 An accessible chronicle of Shakespeare's rise to his present glory. . . . Pitched just right for students of literature, Shakespeareans and those interested in the history of drama: a witty and appealing story of how a superstar was born.—Kirkus Reviews

One of the “Favorite Books of 2007,” Chicago Tribune 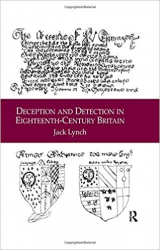 A landmark contribution to eighteenth-century literary and cultural history: the intelligent scepticism of Lynch's study has important implications for all those interested in the status of literary truth, authoriality, the nature of oral transmission, and the validity of evidence.—Philip Smallwood

Lynch displays exceptional patience in teasing out the imlications of his analysis on his textual material.— Nick Groom, TLS 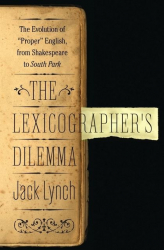 This delightful look at efforts through the centuries to define and control the English language turns out to be a history of human exasperation, frustration and free-floating angst. People tend to go nuts around the English language.—Carolyn See, Washington Post 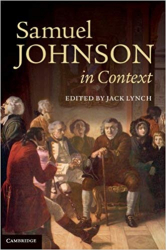 An impressive forty-seven new essays. . . . The list of contributors is imposing, and authors and topics are well matched. . . . Particularly valuable to readers coming to Johnson or eighteenth-century culture for the first time. . . . The essays also build up a picture of the “state of the discipline.”—Year's Work in English Studies 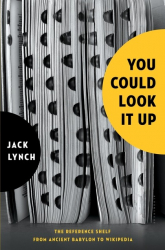 Lively and erudite . . . Lynch offers a reference book of reference books, a magical volume of infinite regress . . . A reminder of our enduring and impudent desire to keep the chaotic universe in some kind of neat and serviceable order.—Alberto Manguel (Editor's Choice), New York Times Book Review 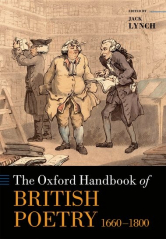 A remarkable collection: forty-three essays, most prepared and written to a very high standard, arranged under seven topical umbrellas [that] have encouraged fresh and original work. . . . I learned something new and important from every one of these essays. . . . This is a collection to celebrate.—James A. Winn, The Scriblerian & the Kit-Cats